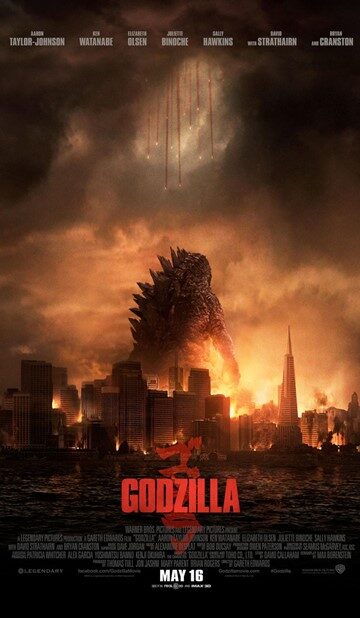 Ford Brody (Aaron Taylor-Johnson), a Navy bomb expert, has just reunited with his family in San Francisco when he is forced to go to Japan to help his estranged father, Joe (Bryan Cranston). Soon, both men are swept up in an escalating crisis when Godzilla, King of the Monsters, arises from the sea to combat malevolent adversaries that threaten the survival of humanity. The creatures leave colossal destruction in their wake, as they make their way toward their final battleground: San Francisco.

Having grown up in the 90’s I was a huge fan of Roland Emmerich’s 1998 Godzilla, however my enjoyment of the film was lowered upon learning that the director was not a fan of the original Godzilla movies and that he only decided to join after being granted complete creative control. I think the studio should have given the film to someone with more appreciation for the original design of Godzilla as Roland changed Godzilla’s appearance and made him almost unrecognisable to most fans. Luckily for us, Legendary Pictures and Gareth Edwards came along to resurrect the King of Monsters and deliver a film that the true fans deserved!

Gareth Edwards brings back the original image and sound of Godzilla in the 2014 reboot bringing excitement back to the franchise. As much as us fans loved this fact, throughout the movie there are moments which feels like Godzilla is a secondary character in his own movie due to the short time he appears on screen, but the director wanted to focus on the human element and the aftermath of the destruction caused by the monsters.

The biggest complaint of this movie was the fact that Godzilla did not have as much screen time as the fans would have liked but the director Michael Dougherty has promised Godzilla more screen time and more monster fighting in the 2019 sequel.

As mentioned, Godzilla’s design pays homage to the 1954’s original look, he is covered in scars due to effects of the Hiroshima bombing and his roar is an updated version of the original provided by Toho Studio. The 2014 Godzilla is the biggest version to date, so when he first appears on screen it’s applause worthy and had the whole cinema cheering when I first watched this movie.

This Godzilla has learnt that there are numerous places in the world to explore from the lush landscapes of the Philippines to the ghost town in the fictional city Janjira, the beaches of Hawaii to the Golden Gate Bridge in San Francisco. Edwards and the team were smart to use different locations and not be confined. The cinematography was a hit or miss for me, the Halo jump was impressive and one of my favourite scenes in the whole film, however many scenes were in my opinion too dark and it was often quite difficult to make out what was happening, relying on ambient lighting, explosions and flash lights to see the story unfold. 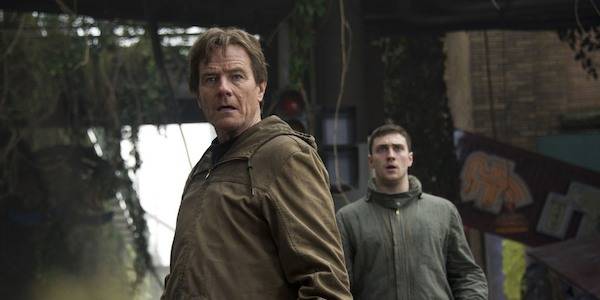 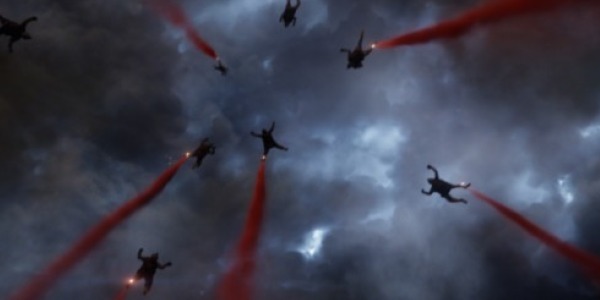 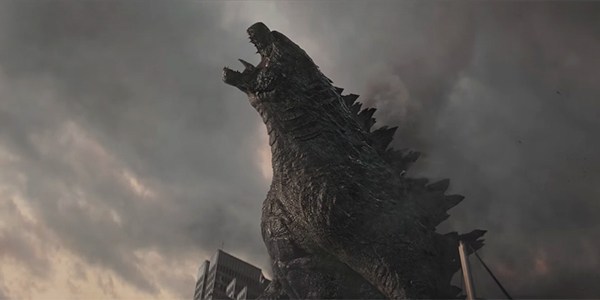 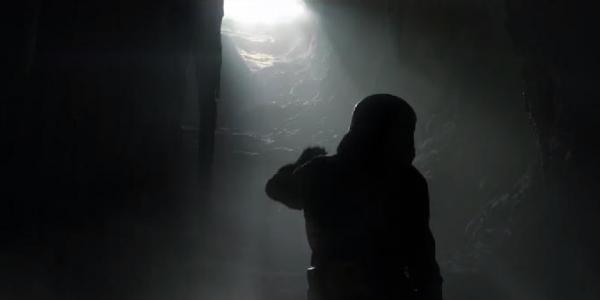 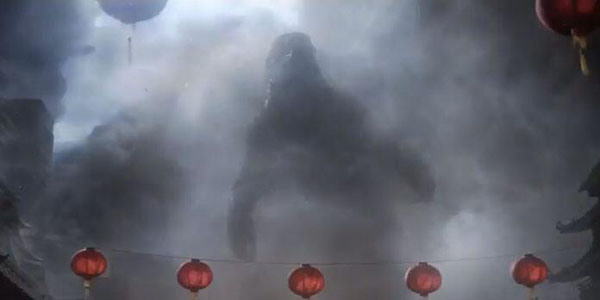 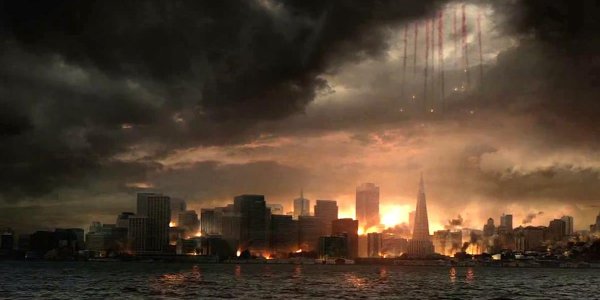 I was impressed with the casting for the film as I thought Bryan Cranston gave the best performance and although It felt that he was underused, he still made a great addition to the cast. Ken Watanabe as Dr Ishiro Serizawa is a fascinating character because of his strong belief that Godzilla has arisen to restore order to the world and he gives one of the most memorable lines in the film. I felt that Aaron Taylor-Johnson was not the right choice for a leading man but his and Elizabeth Olsen’s roles as husband and wife gave off good chemistry, similar to that of their brother-sister relationship in Avengers: Age of Ultron.

As with some movies, there are some bits that personally I would have changed but overall Godzilla was a good start to the new Monster-Verse followed by Kong-Skull Island and the highly anticipated Godzilla sequel (see trailer below). This film managed to push Kaiju movies back into popularity with a good story, great CGI, compelling characters and an impressive design. I have complete faith that the fans have been heard and will get more monster action and screen time with the titular character in the near future!